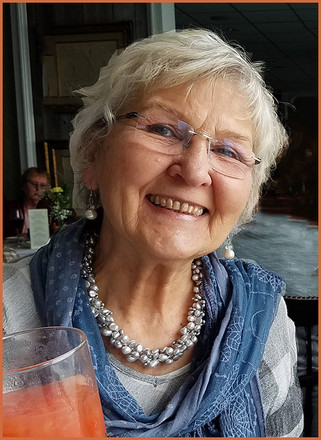 "Photography was first a Hobby - it became my Passion for Life!"

Born and educated in postwar Germany, Ms. Welsch arrived 1964 in the USA.
In Germany she was a trained druggist-chemist, where she specialized in Photography.
In America she started to capture people and places with her camera and soon had her images published by the Christian Science Monitor and The Boston Globe.

1981 joined the ranks of Freelance Photographers and since then
manages her stock-photo archive and travels internationally.
Exhibits and lectures throughout New England.
1981, photographed an aid mission of King Bhumibol in Northern Thailand
and the life in a Cambodian Refugee Camp Khao-I-Dang;
1981, as one of 100 chosen photographers, she participated in the project:
A Day in the Life of Australia
1977-1987, lectured at the Center for Lifelong Learning, Harvard University.
1994, had a One Woman Show at the Kodak Gallery in Tokyo, Japan.
1999-2002 published North Shore Calendars
Ms Welsch has published to date 13 solo picture books
starting with Kids of Colombia in 1974,
The World I Love to See in 1977 and the Second edition in 1981,
Faces of New England (1983), for Yankee Books,
Stock Photography (1999)
Marblehead (2000),
Boston Rediscovered (2002),
Boston's North Shore (2003),
Revolutionary Sites of Greater Boston (2005)
New England Rediscovered (2006)
Boston at its Best (2007)
Salem at its Best (2008)
Cambridge at its Best (2008)
In 2009 together with the US Photo Group she produced
Through the Eyes of Ulrike Welsch an e-Book CD/DVD with B&W Human Interest photos, plus their stories.

from the Boston Press Photographers Association

Ms. Welsch is now semi-retired, if a photographer ever can retire to see!

She resides North of Boston, Massachusetts